Skip to main content
It looks like you're using Internet Explorer 11 or older. This website works best with modern browsers such as the latest versions of Chrome, Firefox, Safari, and Edge. If you continue with this browser, you may see unexpected results.

A brief overview of Dr. David Moberg and the David O. Moberg collection at the Bethel University Library

Following his retirement, Dr. Moberg established an endowed lectureship to share with students, faculty, and guests of Bethel University and Seminary the benefits of sociological studies that are relevant to Christian faith and practice.

Born February 13, 1922 in Montevideo, Minnesota to Fred L. and Anna E. (Sundberg) Moberg, David attended Bethel Junior College (A.A., 1942) and the University of Minnesota. In 1942 Moberg was drafted into Army, where he remained until the end of World War II. In 1946 he married Helen H. Heitzman and together they eventually had four children (in addition to one dying in early childhood).


Then living in the Northwest, Moberg restarted his studies and graduated with a degree in history from Seattle Pacific College in 1947. From 1946 to 1948, while studying, Moberg also served as pastor of a ministry that became Sylvan Way Baptist Church in Bremerton, Washington. He continued on at the University of Washington, doing graduate work in sociology, receiving a Master of Arts degree in 1949. 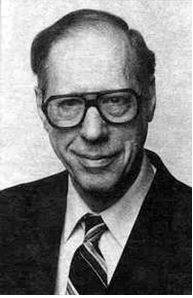 Moberg returned to upper Midwest and began teaching at Bethel College in St. Paul. While teaching he completed his Ph.D. at the University of Minnesota, writing his dissertation on religion and personal adjustment in old age—beginning his areas of specialty in sociology of religion and social gerontology. Over the next twenty years he advanced from the rank of instructor to professor of Sociology and chair of the Social Sciences department at Bethel College.


In 1968 Moberg accepted the position of professor of Sociology at Marquette University, a position he held until 1991 when he was granted emeritus status. He also served as chair of the Department of Sociology and Anthropology from 1968 to 1977. In the year of his retirement Bethel College established the Moberg Lectureship in Christianity and Sociology. The following year his wife, Helen, died. In 1994 He married Marlys Taege, well-known for her publications and leadership contributions in the Lutheran Church – Missouri Synod and the Lutheran Women’s Missionary League.


Moberg is a prolific author, writing and editing 28 books and hundreds of articles in professional journals. Moberg is well-known for his research on aging and faith. His books, The Church as a Social Institution: The Sociology of American Religion (1962) and The Great Reversal: Evangelism Versus Social Concern (1972), are especially regarded and have gone through several editions. Noted-psychologists Ellison and Paloutzian credit Moberg for the concepts behind the widely used spiritual well-being scale.

Moberg helped found the Christian Sociological Society and has fostered the work of the Association of Christians Teaching Sociology. He has also played significant roles in various professional associations, especially as an editor. He served in editorial capacities for the Review of Religious Research (Editor, 1969-1973), Journal of the American Scientific Affiliation (Editor, 1962-1964), and Research in the Social Scientific Study of Religion (founding co-editor). One of Moberg’s more important contributions to the field of sociology was the the founding of the Association for the Development of Religious Information Systems (ADRIS), an organization dedicated to promoting a global network of religious information exchange. He has held leadership positions in many professional societies, including presidencies of the Association for the Sociology of Religion, Religious Research Association, and the Wisconsin Sociological Association.

Many have recognized Moberg’s contributions. He has been honored with two Fulbright professorships and numerous lectureships, including the H. Paul Douglass Lecture of the Religious Research Association and the inaugural Kellogg Gerontology Lectures at Southwestern Baptist Theological Seminary. He was also the first Frederick A. Shippey Lecturer in Sociology and Christianity at Drew University. He has been called the "godfather of the religion and aging research field" (Seeber) and "the father and dean of research on religion and aging...who pioneered and defined empirical research in Social Gerontology. Moberg was ahead of his time" (Levin and Chatters).  Moberg has appeared in Who's Who for more than four decades.


Although retired from teaching, he continues to research, write, and serve as an editorial referee, among other professional work. He remains a bible study teacher and is a board member of several elder-living-related organizations including Vibrant Living (Downers Grove, Illinois) and ManorPark (Milwaukee, Wisconsin).